Ah something you don't see every day! 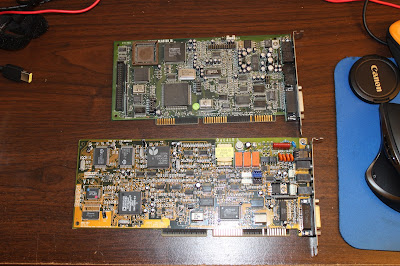 Posted by Mikey Pizano at 10:49 AM No comments:

I have been thinking about this a lot lately, and it is something I can't seem to shake. Tsubasa and I started this blog to be about our love for old computers, which is how we met each other, but as time goes on, they are starting to become less and less useful. I have decided to leave this up to the people who read this blog, people like you, to decide. The short and simple question. Should we expand to do more modern stuff, or stick to the old retro stuff?
Posted by Mikey Pizano at 12:45 PM 1 comment:

Windows CE 1.01 Screenshot on Cassiopeia A-51 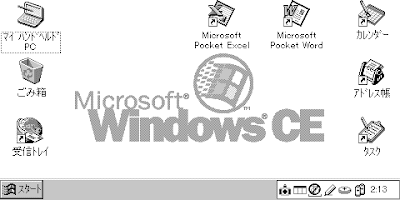 This is a machine I bought at a local store. It's pretty good, but I guess I must say I like the Sigmarion 3 or Sigmarion better.

Yet another song is stuck in my head so here is the Classical Computing version. I didn't make this but wish I did.


Posted by Mikey Pizano at 6:13 AM No comments: 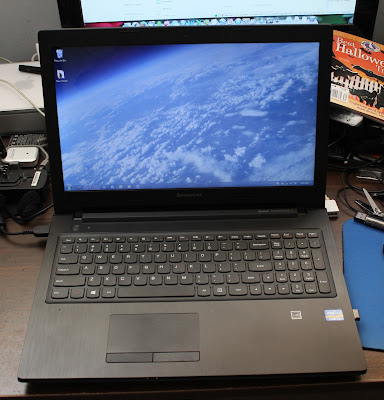 Well I guess you can say it is time for a story. The other day, my ThinkPad X200s decided to die on me. I was laying on my bed watching some videos on YouTube, talking to a few friends, and all of a sudden it just shuts down! I tried to turn it back on, thinking maybe it crashed as a few times I had woken up to the laptop, which was in sleep mode, turned off because of a crash with the power driver. I hit the power button and nothing happened, not even a flicker or the LEDs or screen.

So, I started to think that maybe the battery had died, and the power meter was off, or a cell went bad. The batteries are generic ones, so I figured that it could have happened. So naturally, I try my second battery, and once again I press the power button to not even a faint glimmer of hope. Finally I decide to plug in the charger and lo and behold, the power LED doesn't even light up to show that the charger is connected!

I tried pulling the RAM, the hard drive, and everything I can think of. I took out the battery and tried just the charger, even tried pressing and holding the power button on and off charger, with and without battery, and still nothing at all happens. With nothing left to do, I put the hard drive into my USB enclosure and copied all of my files to my desktop. I had given up all hope of the ThinkPad working again so I began my research into the world of Windows 8 laptops.

After some research, I decided to go with Lenovo once again, since I find them to be a good brand, and the ThinkPad was used, and several years old, so I cannot blame Lenovo. I had looked at other brands, and couldn't find as good of a deal as I got with this Lenovo. I picked out one of their Essentials line, which is a budget line. The laptop is simply referred to as G500s however. The best part of all this is of course the price. I only paid 500 bucks! With the tax it was 530, but that depends on what state you are in, since PA has a lower tax than NY does.

Okay so what did I get for 500? It is a 15.6 inch screen, which is honestly not my first choice, especially since the resolution is only 1366*768, which is a downgrade from my 12 inch X200s with the 1440*900 display. The important thing to remember here is that it is a BUDGET model, not obviously doesn't have all the fancy bells and whistles, and my X200s was a high end ultraportable machine. So in other words, it isn't fair to compare some of the stuff.

The processor is an Intel Core i5 3320m that runs at 2.6GHz with a Turbo Boost of 3.3GHz. Now for the 500 dollar price tag, which was actually a 100 dollars off on sale, is to me, a very good deal. Most of the other ones I had been looking at only had a Core i3at best. I would have liked a Core i7 but once again, budget model, and to have a Core i5 in a budget model is quite a deal to me. This is quite a bit faster than the Core 2 Duo the X200s had, which ran at 1.86GHz.

It also has 8GB of RAM, which is double what the X200s had. While I could have upgraded the X200s to 8GB as well, I never saw a need, so I cannot comment on how much better the extra RAM will be since I never needed it. It does amaze me to see 8GB of RAM in a BUDGET model. I know I keep repeating this but it is the truth. I will have to see how Windows 8 compares to Windows 7 in terms of memory usage.

Next up is the hard drive, which is a full 1TB! Yes, that is right, a budget model with a 1TB hard drive! The X200s only had a 500GB that I put in it, so I cannot compare those too much. Also need to note that the X200s was older and when it came out a 1TB laptop hard drive wasn't out yet.

So for now I will leave this post here, until I get some more time to use it, and I will put up a review soon. I love the Lenovo I got, but there is one last thing I will just mention. I can access the RAM, hard drive, and even the CPU under the large single removable panel on the bottom. I can even get at the battery which means I can upgrade it to a larger battery soon.
Posted by Mikey Pizano at 11:37 AM No comments:

I am selling set of Sigmarion 2 and Sigmarion 1 on eBay! 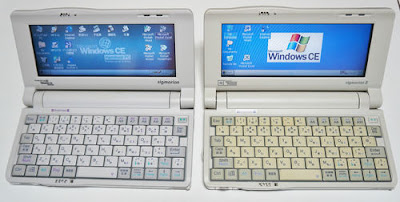 These items are very rare. The condition is very good, and highly recommended. This comes with one genuine NTT DoCoMo charger (N002M).
Simarion 2 is made into English, and Sigmarion 1 is in Japanese.

We will ship anywhere in the world by EMS (with free tracking).

Going to sell Sigmarion 2 with English MUI on eBay soon! 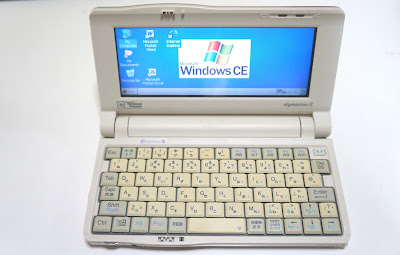 Going to sell Sigmarion 2 with English MUI on eBay soon, so keep watching! I will be putting up a very good condition Sigmarion 1 as well as a set.

So keep watching for posts on Classical Computing! :)

Update: 2016/5/30: If you are interested in purchasing Sigmarion 2, Feel free to contact me at: tsubasa_kato@hotmail.com !
Posted by Tsubasa Kato at 2:48 PM No comments:

Mikey and I have been wanting this NetWalker PC-Z1 for a while, and here's something that made us want it even more.

Posted by Tsubasa Kato at 12:03 PM No comments: 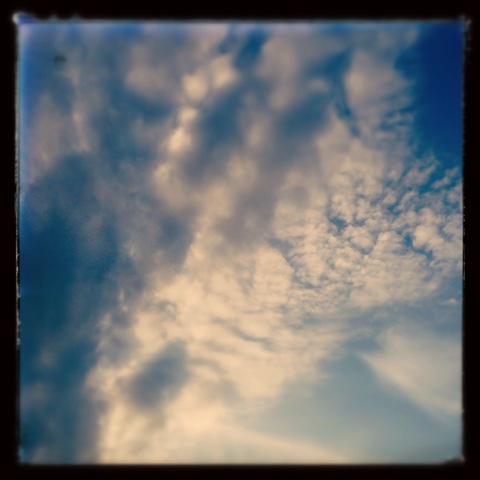 Posted by Tsubasa Kato at 6:05 PM No comments: