You can download it here: (requires .NET Compact Framework v2 ) 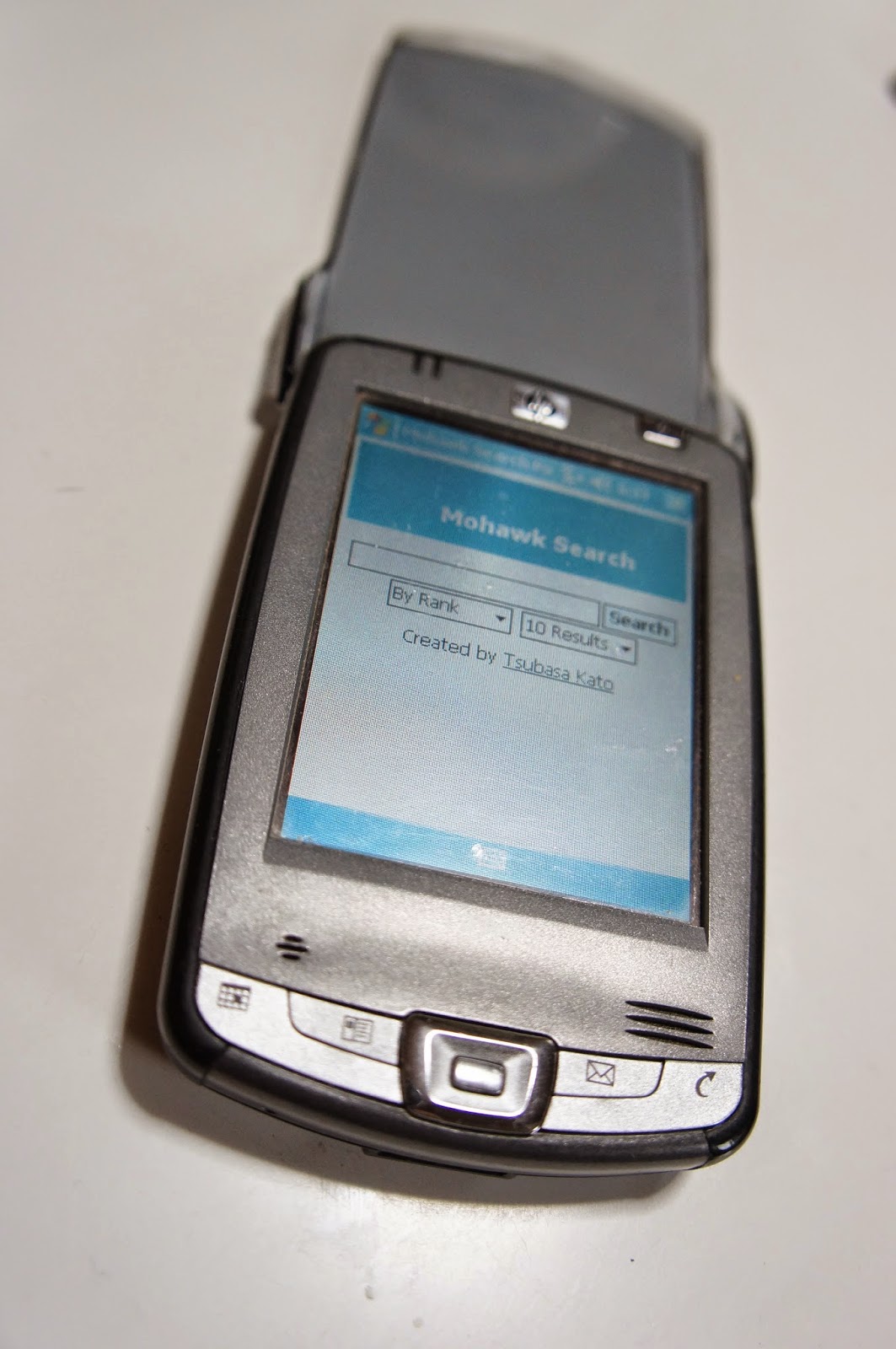 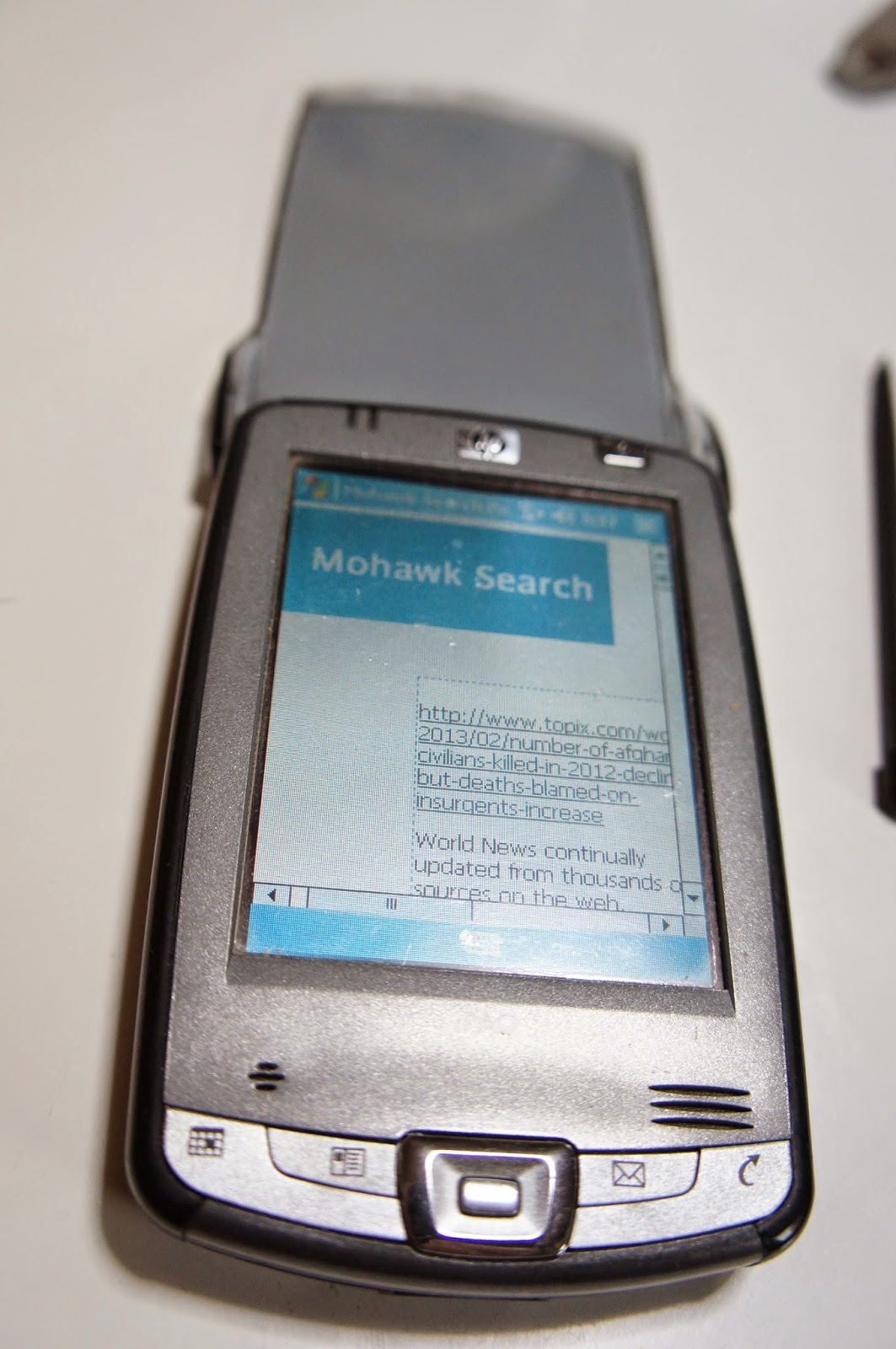 Posted by Tsubasa Kato at 4:03 PM No comments:

The iPAQ hx2495b arrived from USA!

Thank you to Mikey Pizano for sending the iPAQ hx2495b. :) 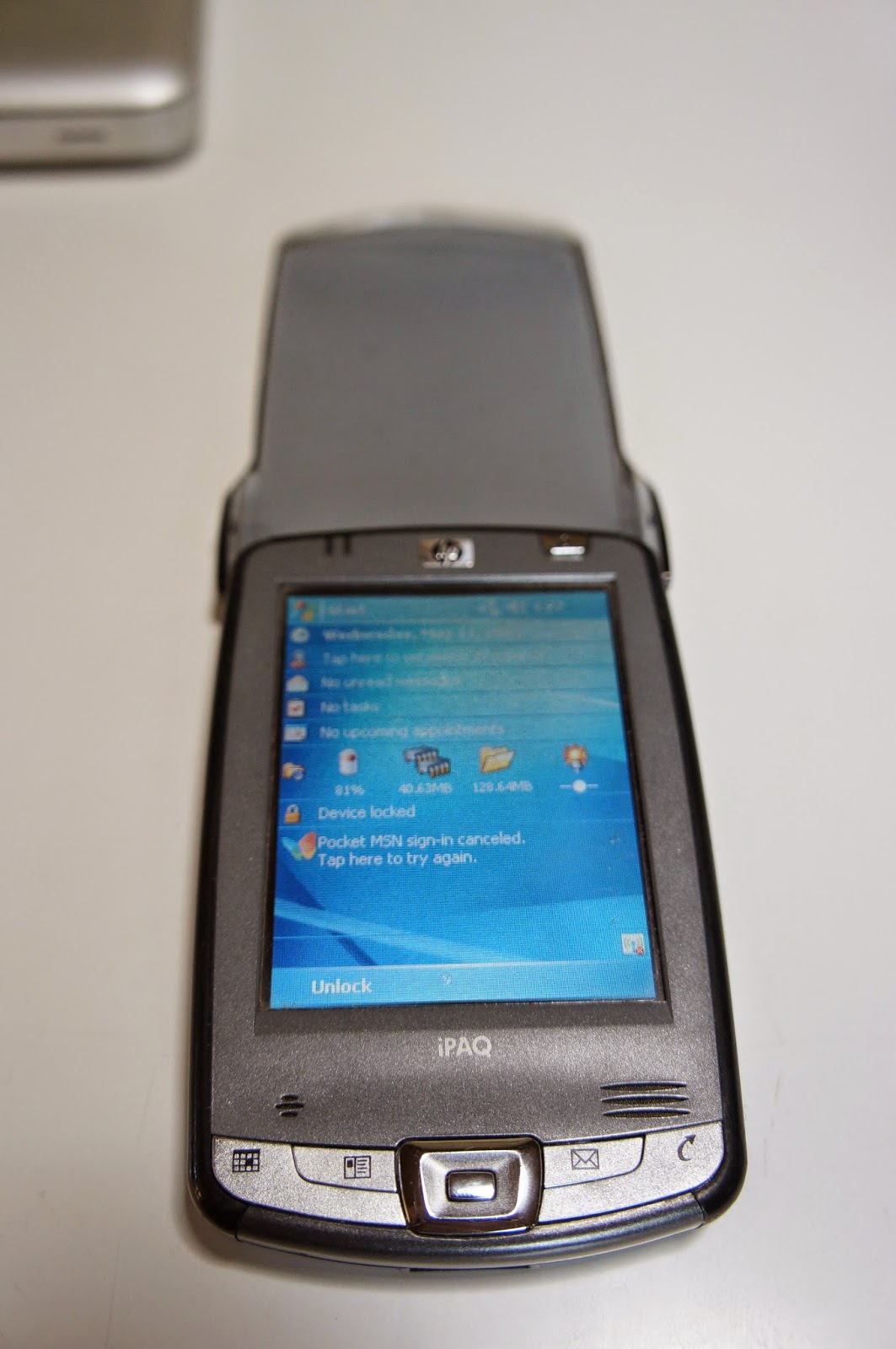 The iPAQ hx2495b has a PXA270 CPU at 520MHz, SDIO slot and CF slot. What I like about this PDA is that it has a cover on top so you can protect the screen. Long time ago, I had this accident with my Cassiopeia E-700WE, I stepped on it by mistake.

I am making a Mohawk Search app with Visual Studio 2005, and will be testing it out on this device soon. 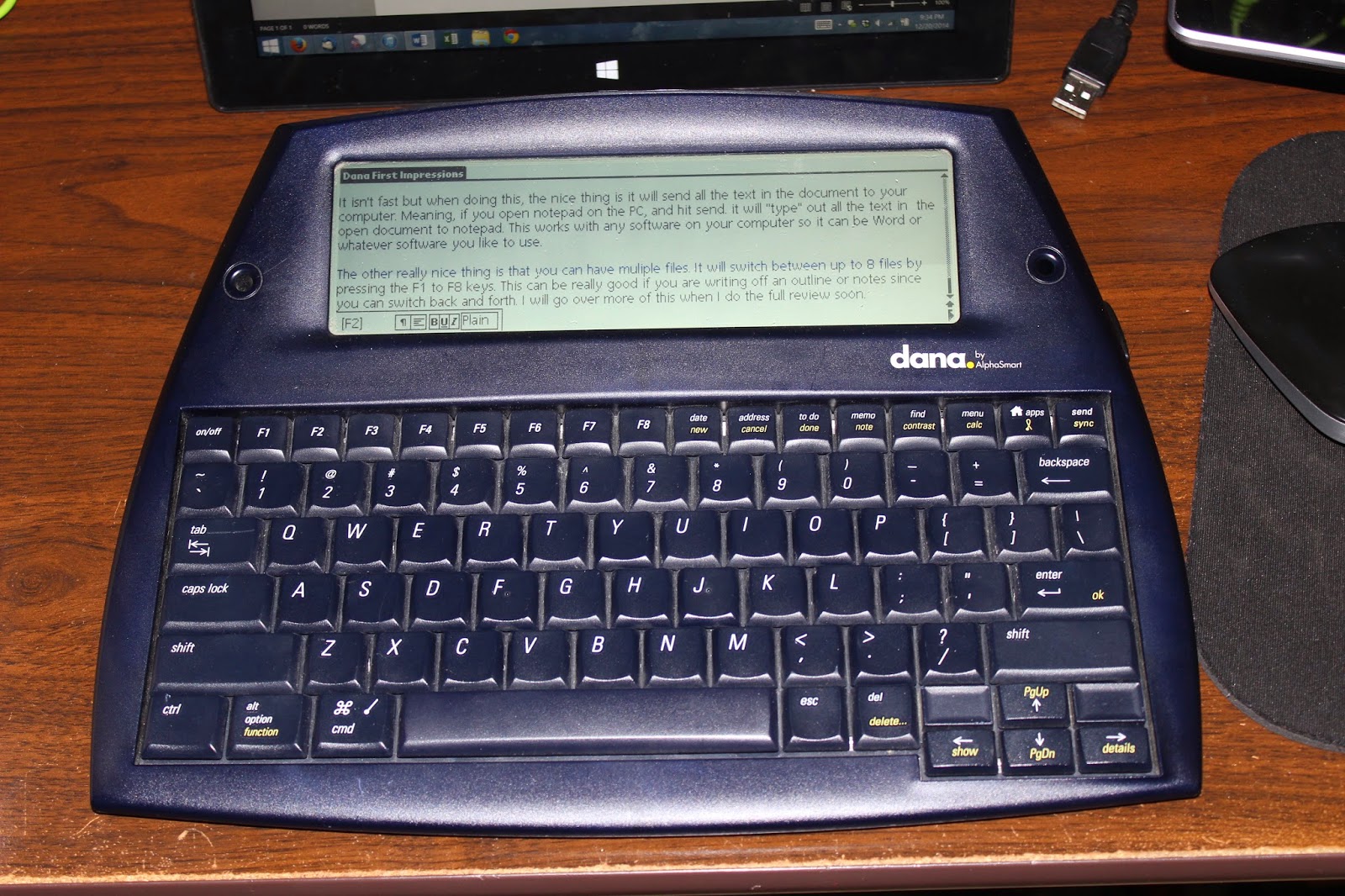 The other day, I got a new toy in the mail. This is one of the three packages I have been expecting, but it also the only one I had ordered. One that is coming is a Christmas gift from Tsubasa and the other is something one of my friends had found for me. I will post more on those as they come, but for right now, all I have is the Dana.

I ordered it off Amazon for around 40 dollars. It is used, and I could have probably gotten one off Ebay for the same price or cheaper, but this was easier since I had some store credit to use. The Dana wasn't a very common thing to see outside of schools. I have done some research on them before, and what had made me want one so bad is that they are almost perfect for on the go writing. This has also made them popular with authors and some journalists as well.

Why do I say almost perfect? Well, that's simple. It is something that is amazing, yet strange. This is not a review, so I won't get into a ton of detail yet, but I just wanted to lay out some of the first impressions I have had of the device so far. I will do a full review soon, so keep your eyes out for it.

First, the device, I am not even quite sure what to call it yet, is rather large. It is about the size of a small laptop, but it doesn't fold. In fact, it is a slate with a slightly angled screen. Technically, it runs on Palm OS 4 so I guess you could call it a very large PDA similar to the Microsoft based Handheld PC models like my NEC MobilePro 780.

The reason the device is so large is because it was made for kids to use in a school setting, so it is made to be more durable. One can also say this makes having the Dana better since it isn't quite as fragile as a normal PDA and a folding keyboard. The key thing here is this is subjective really and everyone does things differently.

I also like that it runs Palm OS instead of something obscure. This makes it useful for more than just straight writing. That is the reason I got the Dana instead of a Neo, another model from Alphasmart. This isn't about the Neo but the Neo is also one writers love because it only does word processing, and gets a lot better battery life than the Dana.

The Dana for me was the better choice because of the larger screen, dual SD card slots, and of course the fact that it can use different software. I can, for example, use a program to do spreadsheets as well as work on my novel or a post for the blog. I like the versatility.

The keyboard on it is really nice, and I can say one of my favorites by far. I would go as far to say it is pretty close to a ThinkPad keyboard so that is really saying something coming from me. The screen is also nice, since it is 3 times as wide as a normal Palm screen, but sadly it is still only 160 pixels tall. It is a monochrome screen, so there is no color on it at all. This means that it is really nice to use outside since the screen doesn't wash out this way. It also had a normal backlight as opposed to the inverse ones that they used on Palm and Handspring handhelds.

Finally the last thing I want to talk about before I start the review is the software. I like Alphaword, the software that is built into the ROM. It is what I am using to write this. It is the only one that actually supports the send text feature of the Dana. This means that you hook up a standard A to B USB cable, which most printers use, and hit send.

The other really nice thing is that you can have multiple files. It will switch between up to 8 files by pressing the F1 to F8 keys. This can be really good if you are writing off an outline or notes since you can switch back and forth. I will go over more of this when I do the full review soon.
Posted by Mikey Pizano at 11:45 AM No comments:

Posted by Tsubasa Kato at 10:13 AM No comments: 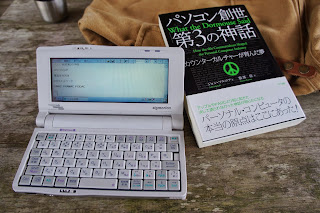 I'm recently Using Sigmarion (1) to take notes. I really like it, as it's portable and as long as you save it on Compact Flash card, the data won't be lost. (Sigmarion and other Handheld PC of this age loses its data when the battery goes out including the backup battery.

I'm sending Mikey X05HT's "Not For Sale" version for his Christmas present soon.
Posted by Tsubasa Kato at 6:19 PM No comments:

I used the Kindle's Experimental Browser to view Mohawk Search, and it turned up like this.

I think the experimental browser will be quite useful in emergency kind of situation. 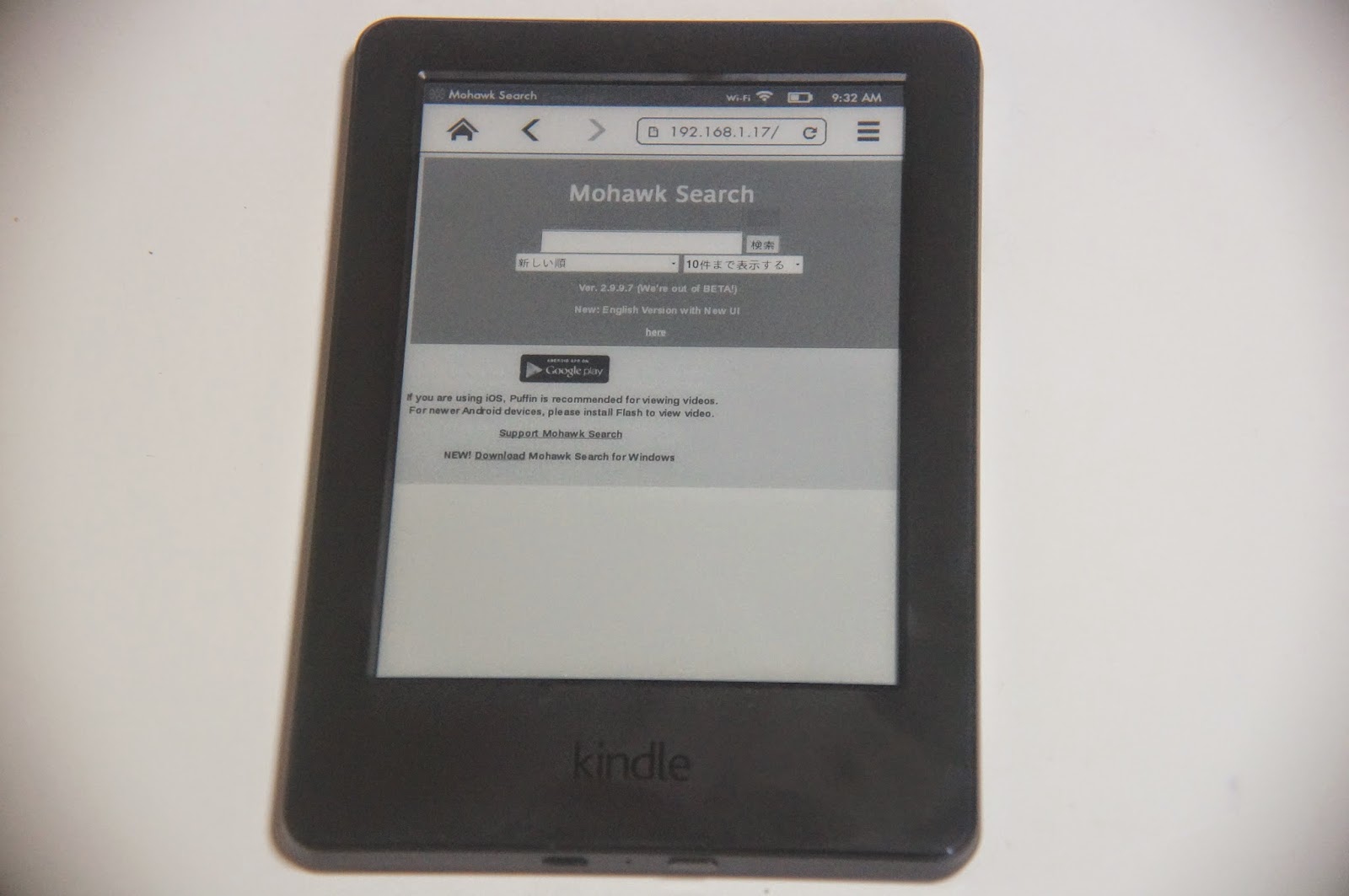 Posted by Tsubasa Kato at 5:10 PM No comments: